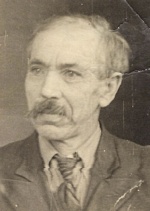 The beginnings of Wilkanowo Mill dates from 1908, when my grandfather Franciszek bought a plot in the village called Wilkanowo, Płock county. Earlier he was a journeyman  in the windimill owned by Mr Sobański and located in Orszymowo. In Wilkanowo Franciszek built a new post mill with hand-mills. It produced rye and carefully sieved wheat flour. 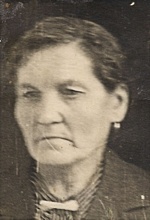 In 1915 through Wilkanowo ran the front line of World War I. Trenches crossed the whole village, what is documented  in photos from those times. Unfortunately, during World War I the windmill burnt down. After the war, my grandfather Franciszek decided to reconstruct it. He bought a windmill located in Naruszewo in Płońsk county, which was in a good condition. The windmill was dismantled and transported to Wilkanowo on carriages, and there assembled once more. The windmill worked until the World War II. It served local community and manors.

After the war, the windmill worked till 1948. In this year, my father Tadeusz and his brother Piotr decided to rebuild the windmill and modify it to a mill. They built an electricity line from Mała Wieś at their own expense. In the mill they installed two electrical-powered rollers, two sieving machines and grains cleaner. The primary construction of the windmill became totally rebuilt and enlarged.

Unfortunately, the further development of Wilkanowo Mill was stopped by the political fuss. According to the political plan, an agricultural cooperative called ‘sowchoz’ was going to stand up in Wilkanowo. My father didn’t agree to add the mill to this artificial organization, ‘so-called’ cooperative. In spite of his disagreement, in 1954 the mill was brought under the state control and Gruszczyńscy family wasn’t allowed to run the mill any more. 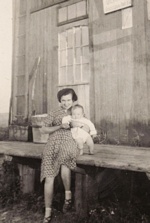 After the so-called ‘political thaw’ in 1956, the Gruszczyńscy family began making efforts to get back their property. In 1958 the mill was given back to its legal owners. My father Tadeusz and his brother Piotr worked till mid 1960s. In 1966 Piotr died. It was a tough experience for my father. He broke down, and what is more, he started to suffer from diabetes and problems with sight. Wilkanowo Mill was no more as efficient as it used to be.

In times of Gierek’s government, artificially established low prices resulted in the fact that milling flour was totally unprofitable. There wasn’t much work in the mill. It seemed that the mill had to loose in confrontation with socialistic reality. 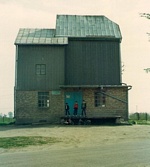 This difficult situation lasted till 1980, when shops started to lack everything, including flour. It was very busy time for the mill.

Unfortunately, in 1981 my father Tadeusz died. It influenced the functioning of the mill. As a 20 years old man I started to help my mother in running our small business. Through the next years we struggled with the crisis, but our main thought was ‘to keep the family heritage and avoid the downfall of the mill’. In 1989 the change of political system resulted in unexpected development of the flour market. Our production capacity was not enough to fulfill customers’ needs, so we decided to rebuild the mill.

Since 1990 the mill is a brick building with three double grinders, grain storehouse, flour storehouse and, since 1996, pneumatical transportation system. Currently, the mill deals only with commercial milling. We buy grains only from the farmers who live not farther than 50 km from Wilkanowo. We produce the whole palette of flour. Our speciality is wheat flour, which of course is only a part of our offer. Our services includes wholesale and retail. We supply shops, bakeries, and the individual customers.

We don’t use any adjuvants, anticaking agents and other chemical additives, which aim is to artifically improve the quality of flour. The flour from Wilkanowo Mill is a guarantee of taste, health and natural nutritional values of grains